When it Rains, it Pours: 50 More Picture Books From a Stellar 2015 from Huffington Post

Yes, we are slightly obsessed with illustrated children's books–especially when they are illustrated by members of our close-knit Red Cap Card family. Just yesterday, Minh Le (writer and early childhood policy analyst), published a list of fifty of his favorite children's books of 2015 on Huffington Post. Mac Barnett and Christian Robinson's storybook, Leo: A Ghost Story, was included in this amazing list, with a mention of another of our Red Cap BFFs, Jon Klassen! 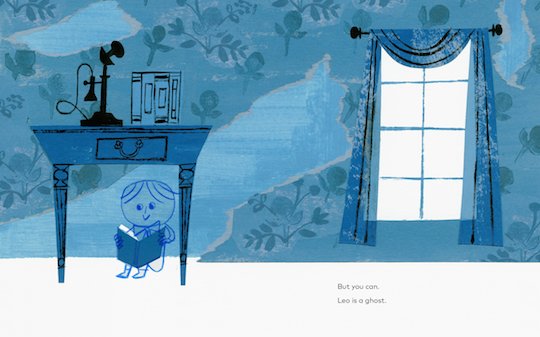 Leo: A Ghost Story by Mac Barnett, ill. Christian Robinson (Chronicle): Despite it being such a strong year for picture books, between this and Last Stop on Market Street, it still wouldn't surprise me if Robinson came away with both a Caldecott Medal and an honor (a rare feat last achieved by Jon Klassen). While his pages are usually bursting with color, here Robinson limits his palette to mostly cool blues, giving Barnett's clever ghost story a chilled but not creepy feel. -M. L.